We wanted to give Elletielle a renewed, creative and artistic image that highlights what we do and the materials we use.

We also decided to invest in the creative world of art that lives in the production areas and in the commercial, administrative and management offices through present-day artistic expression. Investing in this area does not only mean offering space to beauty and creativity, but also giving a new face to our corporate identity which is expressed in: design, human relations and technology of materials. In relation to these three corporate macro-areas, three different Friulian artists have created a work each using steel and corten, materials characteristic of our creations. Elletielle is not only involved with the production of metal products to serve the customer and the end consumer, but art as well.

At the entrance to Elletielle's headquarters in S. Vito al Tagliamento, the structure that frames the entrance door certainly does not go unnoticed. It’s an actual work of art entitled "Il VARCO" and created by Franco Del Zotto, winner of numerous awards including the one for the creation of the façade of the house where photographer Tina Modotti was born in Udine.

The name ‘Il VARCO’ (‘The gateway’) is intended to symbolise the passage from one place to another – the entrance to Elletielle, not only as a production company, but also with a look towards its management and support part that guarantees the functioning of this complex machine.

The work is associated with the theme of planning, articulated in analysis of the demand, planning of the work and verification of the same with evaluation of the possibilities for improvement.

The site-specific screen-printed corten, a ‘living’ material which, by ageing, gives the work a lived and worked aspect, characterises the installation whose primary focus is on communication, an indispensable means for identifying the client's needs and the most suitable solution. Communication is a fundamental aspect both between the client and the company and within the company itself. These aspects are expressed by the graphic elements carved into the entire structure, which create text composed of numbers, graphemes and letters that capture and enhance the data to be interpreted. The texts refer to the world of work and invite composite and articulated readings on themes related to it, faithfully reproducing the writings of the artist Franco del Zotto himself, of the philosopher and essayist Diego Fusaro and of the articles of the Italian Constitution concerning work. 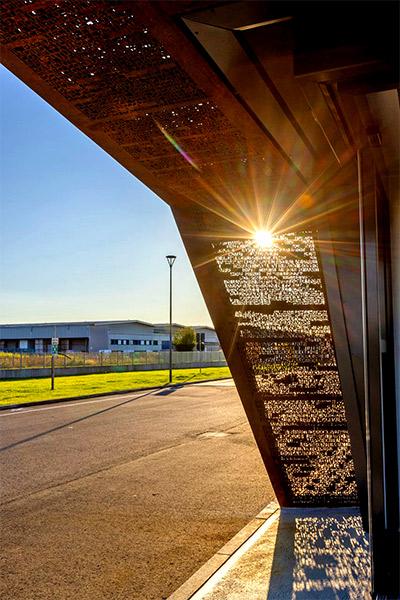 Another artistic personality invited to bring his flair and creativity to Elletielle was Gianni Maran. The artist from Grado is famous for his depictions of fish and has worked with metal sheets with depictions of his typical subjects. In the works dedicated to Elletielle, the fish represent all the players in the working world both inside and outside the company, all moving in a common direction, supporting each other, helping each other and benefiting from the strength of the group and of sociality in general. The intention of the work is to give value and importance to the collaborations and human relations within the company which make it function and live. In the complexity of the whole, everyone navigates towards the same goals which are indispensable to the community. Within the large shoal of fish, one stands out: the little fish of a different colour, the guide of the group that leads the way toward the common goal. Besides being a guide, he/she is also the one who holds the team together and spurs them on to act in synchrony and harmony. Even in this case, the communicative aspect of humankind takes on great importance. It emerges both in the work and in the art, an expression of self and of society, which over the years is increasingly dominated by an aspect of unbridled individualism and dissolution and where instead it would be appropriate to move towards a common path. The works created using enamelled stainless steel enhances the offices, bringing the creativity and art in which the company wished to invest inside. Two canvases by the artist also give the rooms a lively touch of colour. 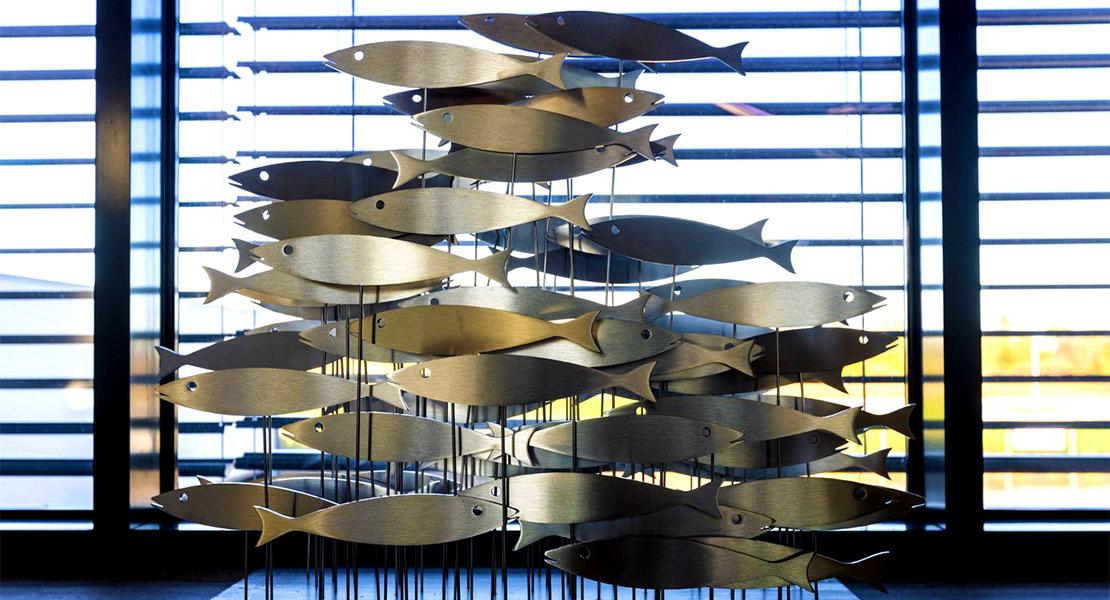 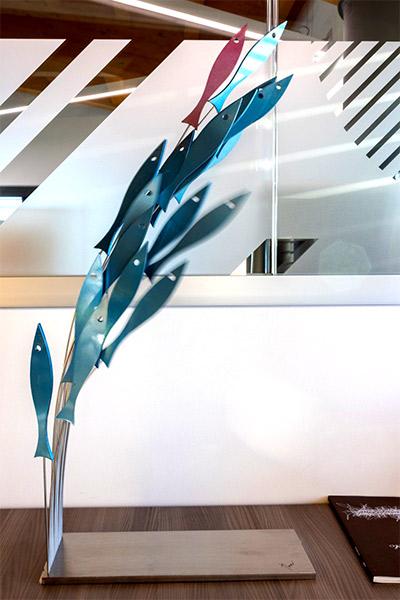 The third of the works in the company is dedicated to the technology of materials and was created by Alberto Pasqual. This artist uses hard and heavy metals in his works to express in contrast the fragility of human nature and at the same time the strength of nature, which is simply revealed even in the emergence of blades of grass. The use of technology in the material is not a simple mechanical intervention but a poetic gesture. The three blades of grass are "Heterotopia", a portal leading elsewhere, into a vital future of growth in solidarity between humans and nature. The word ‘technology’, which derives from the Greek ‘techne’ (art understood as knowing how to do) and ‘logia’ (discourse, treatise), carries within itself and defines the close interweaving of the artist's work and thought. Heterotopia deals with the central questions of life (even in the industrial universe) and it represents 'the gateway' there through which a community recognises itself and prepares for a productive encounter for each component of the relationship. The hardness of metals like iron and steel is tamed by the force of the heat of fire to the point of creating works of art that express the idea of their creator. 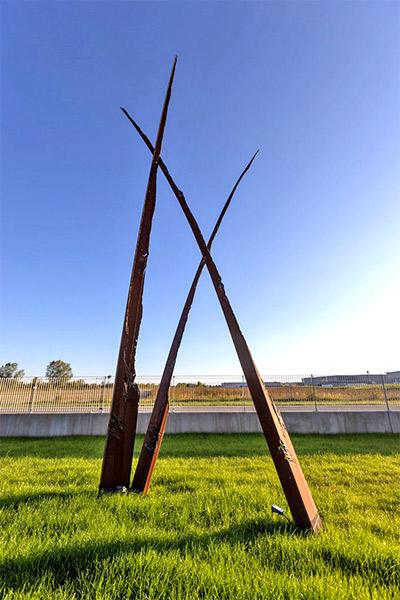 The three Friulian artists have worked the raw material that we use daily in Elletielle to produce our products, ennobling it and transforming it into real works of art and giving character and value even to simple and raw metals. 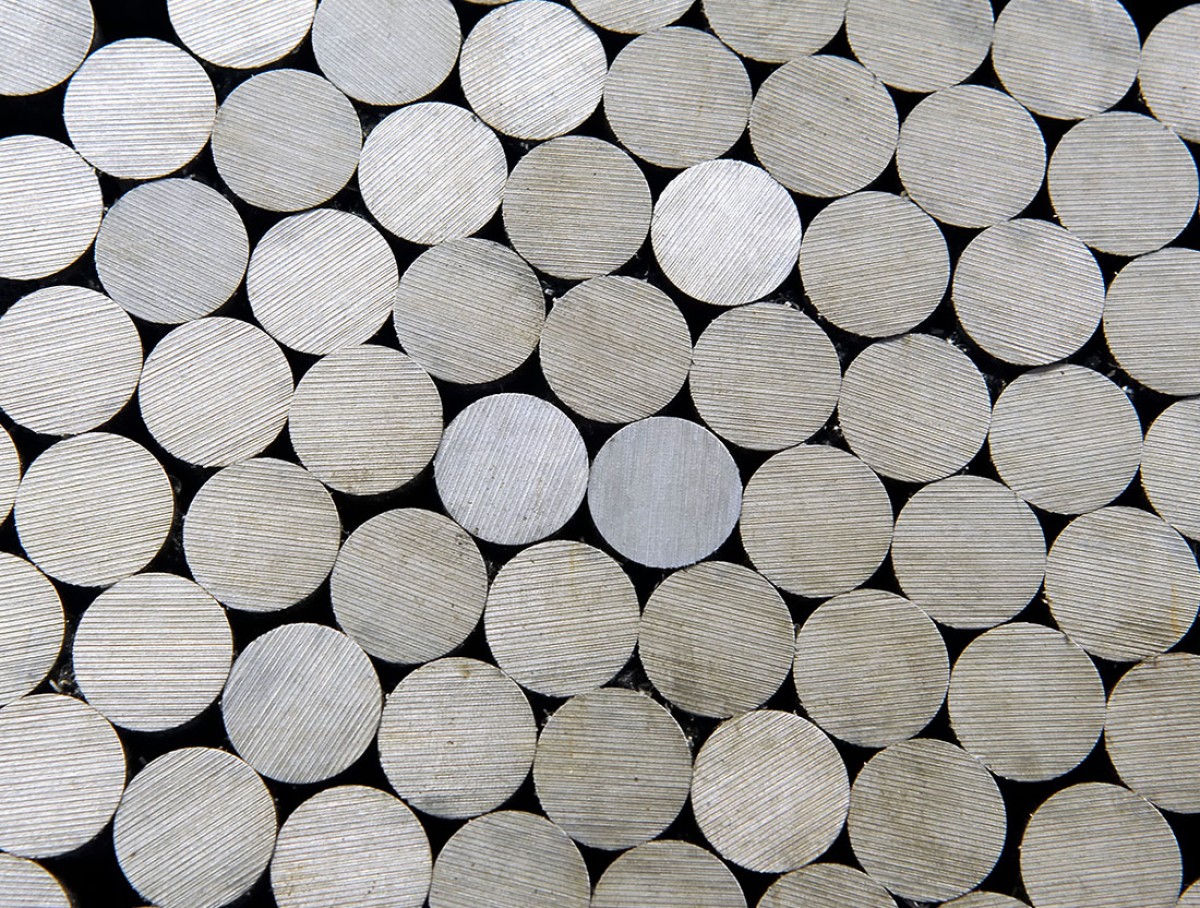 Skyrocketing prices and low availability: the problem of raw materials 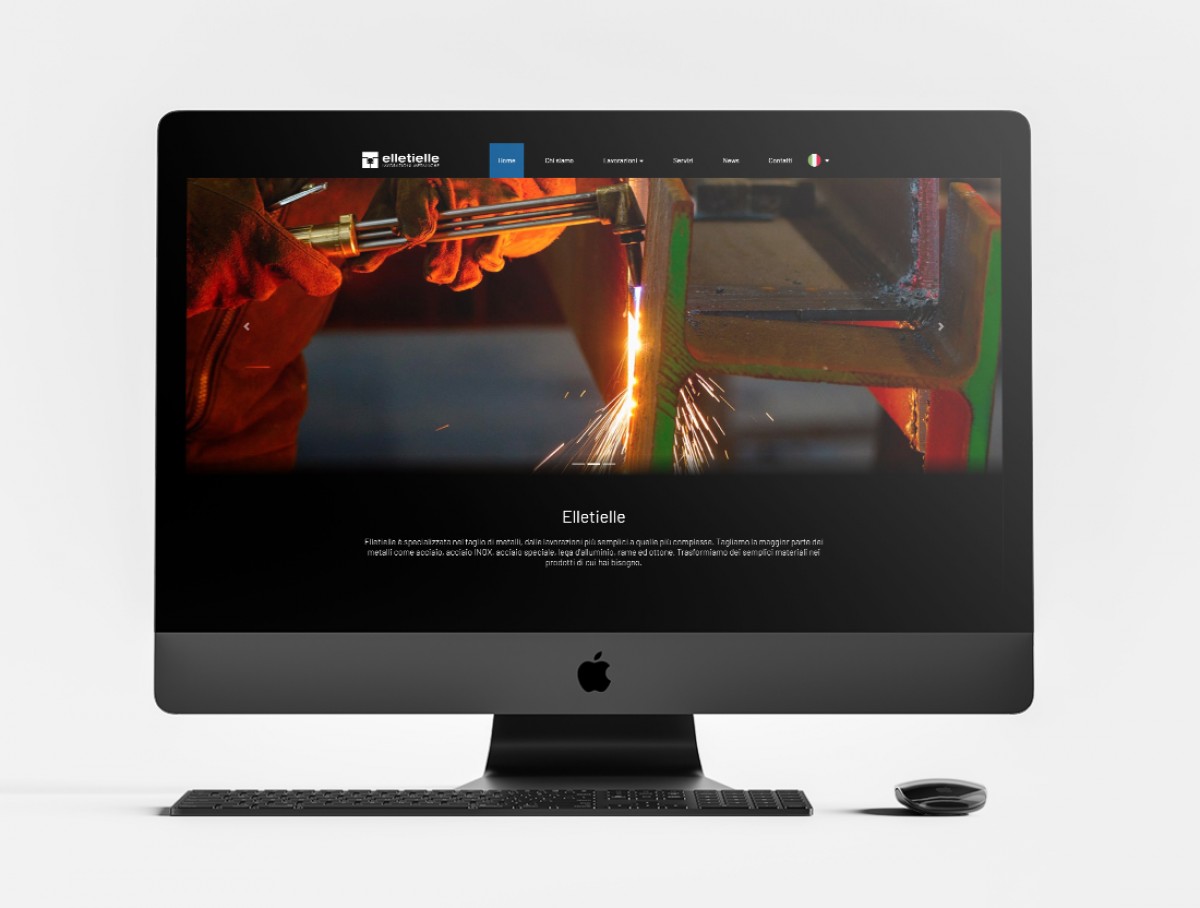 Elletielle: a new look on the web

Read more Elletielle: a new look on the web